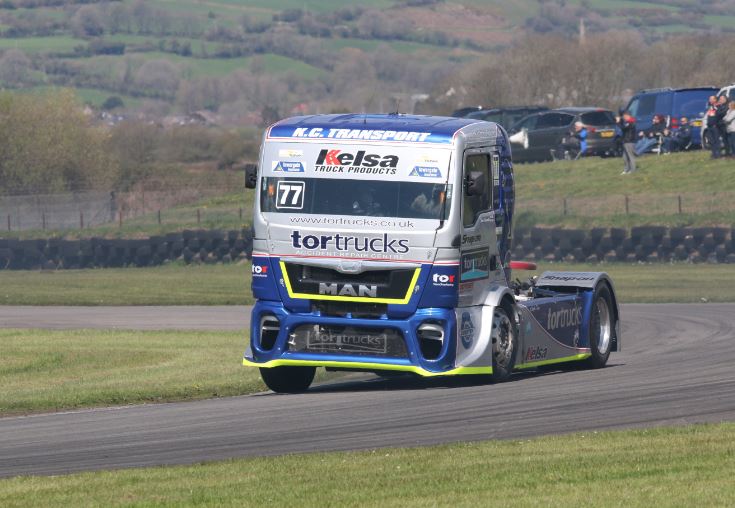 He’s a winner and its official!

Shane Brereton of Tor Trucks in Somerton has brought home his first victory in the BTRA 2nd round at Pembrey.

Shane started racing Hot Rods back in 1998 and more recently in 2015 began to race Pick-ups. Part way through last season he got the chance to step up to trucks, with this year being his first full year. Racing an MAN TGA Euro 6 1200hp European 2013 race specification truck, that has championship winning heritage in Europe, is just the beast that will help Shane get to the top.

The first race weekend held at Brands Hatch saw Shane reach 2nd place as well as recording the quickest lap time of the weekend. As Shane gained an understanding of the machine and its handling, it felt like success was just around the corner.

Round two at Pembrey saw excellent results in posting two fifth placings, two thirds and the win. All said and done Shane is delighted with the start of the season and is hoping for improvements yet again at Thruxton in June.

Shane’s passion for trucks began at a young age and has been forefront in his life since. Tor Trucks, based in Somerton, is Shane’s paint and repair shop covering light and heavy commercials. The business has been a member of FLEETWATCH® for just over 7 years and during this time the business has grown from strength to strength seeing Shane move to brand new purpose build premises.

Investing in state of the art equipment during a recession was a bold move, however Shane’s hard work has paid off with the growth and expansion of the business in recent years. The shop has its own solar power source that supplies around 90% of the site and is complemented with extra thermally insulated structure.

Inside the building is everything you need for quality repair and paint refinishing. Tor’s facilities range from blast preparation and wheel alignment to cab jigs, CV and light commercial chassis jigs as well as critical equipment such as heat inductors.

When Shane started out he wanted recognition for the quality of his work and the investment he made to be a top repairer in the UK and his FleetWatch membership was accolade to that. It was a simple audit process that virtually ticked all the boxes and Tor Trucks has remained a valued member ever since.

On behalf of FleetWatch and its members we send our hearty congratulations to Shane on his victory the BTRA and wish him well in the upcoming Thruxton race. We also extend our best wishes as he expands his learning on the track by entering a round of the FIA European truck racing scene at the Nürburgring later in the year. Good Luck.