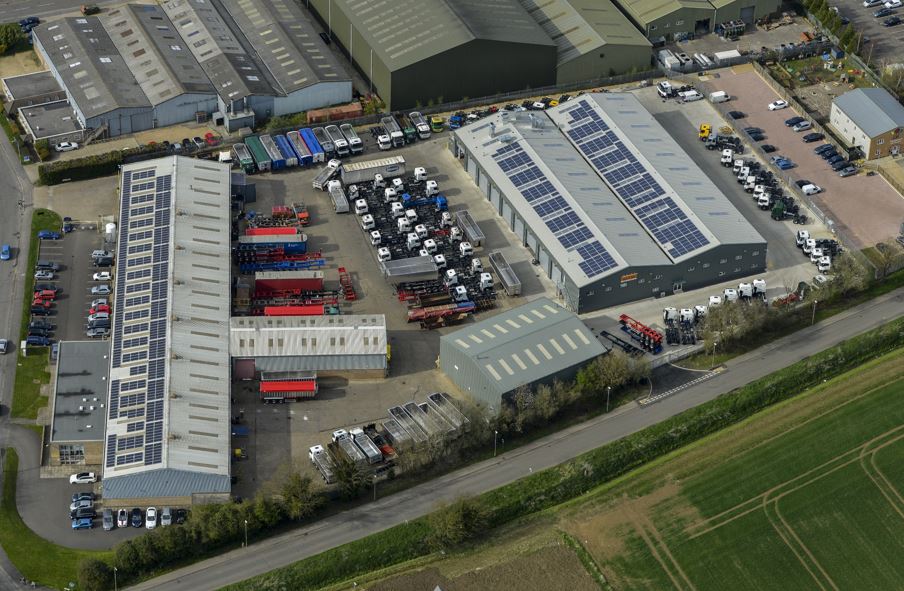 Wilcox Commercial Vehicles ltd, located in Market Deeping within the local industrial estate, was once part of United Trainers.

United Trailers was the umbrella company in which E M Wilcox, Wisbech Bulk Systems and Bridge Bodies all operated under. In the late 90’s Chris Bartlett was the Technical Director and Vito Ronzano was the Operations Director. Unfortunately in late 2000, the United Trailer business fell into administration, it was then that Chris and Vito took sole handling of E M Wilcox.

With a staff level of 15 at the time, it was in late 2000 that E M Wilcox became Wilcox Commercials Vehicles Ltd. Within 12 months and having produced over 250 bodies the company was accelerating to a staff level of over 50.

With both Chris and Vito still in charge, 2016 sees the business with circa £20m turnover expected and with the goal of producing over 700 bodies this year alone. To ensure growth year on year and to achieve ambitious goals, the team invested in large expansion. Due to the economic climate the expansion plans took longer than expected, but since January 2015 the new facilities have been in full production.

Wilcox have a long standing relationship with PPG and for many years the companies have worked closely together in the Fleet Livery market. PPG providing the FLEETWATCH® network to include paint shops, livery management process whilst covering the new build tipping fleets. Aligned to this Wilcox have utilised FleetWatch member sites for many years, to support their own private builds too.

When building the new facilities, including a paint shop, it was a natural step for Wilcox to support the common paint product, PPG, within their own practise. Vito states that, “to have a paint booth was a natural progression so that we can control our quality easily, respond to any urgent requirements smoothly and help cope with the expansion numbers the new facility brings.”

The business continues developing new products alongside existing industry accepted designs on rigid and articulated bodied trailers. Within recent years they have accepted the offer of running with the UK licence of Italian manufacturer of concrete mixers, CIFA, that will also help diversify the business as well as providing more to the local economy.

In just over 15 years, Chris and Vito have transformed the business to one that is future proofed and continually developing. The team has worked to provide jobs to the local community, whilst ensuring high levels of customer service are met.

FleetWatch is a registered trademark of PPG Industries Ohio, Inc.