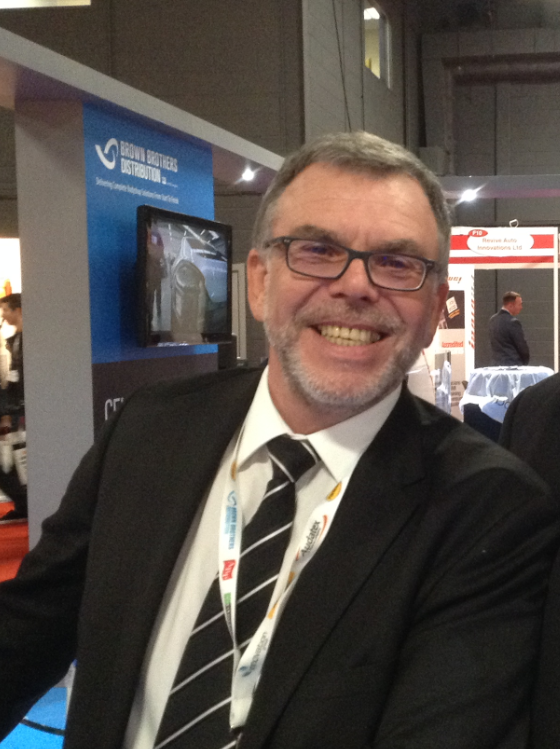 FLEETWATCH® is the premier network of commercial vehicle paintshops and repairers in the UK, in which members specialise in the painting, repair, re-livery and refurbishment of commercial vehicles. Underpinning FleetWatch is the product and process support of PPG and the total accident management solution delivered by sopp + sopp.

Heading up the UK’s Commercial Transport and Light Industrial Coatings team at PPG Industries (UK) Ltd, is Jeremy who is responsible for all aspects of the commercial market including vehicle, glass, agricultural, construction and earthmoving.

So where did it all start?

Jem, as he prefers to be known, began his working life as an apprentice with a main Ford dealership until he was 24 when he was approached to join ICI Automotive division as a commercial transport Technical Demonstrator. From the late 80’s thru to early 2000’s Jem’s roles changed from technical to Area Sales Manager to National Account Manager, a period of time which saw the takeover by PPG Industries.

In 2004 Jem was offered a directorship with a major Cambridgeshire CV shop and enjoyed the experience, however 2 years later moved roles. For the next 9 years Jem headed up the commercial vehicle markets for BASF in the UK. This role saw him develop the technical side of the business including the sales side with Glasurit as well as taking his skill set into the European market.

In 2015 Jem was offered the chance to return to PPG Industries and to be reunited with the company he had 18 great years, was too attractive to let go. Initially on his return his role was to head up the UK technical team across all automotive sectors, however he changed functions 12 months later to concentrate full time on the commercial vehicle market and the light industrial coatings market. With a strong team in place, Jem looks forward to developing and growing this sector of the business.

On a personal note, Jem is a motorcycle enthusiast, photographer and family man so living in Shropshire makes the perfect location for him to enjoy his past times. During his younger years, Jem was a motocross rider and achieved local championship status.

Jem’s claim to fame is that he has met Michael Schumacher, when he span his car off the track at Silverstone during a round of tyre testing.

FleetWatch is a registered trademark of PPG Industries Ohio, Inc.