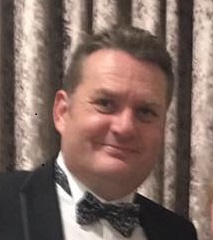 This ‘meet the team’ segment is focusing on Robert Hickling, whose current role is LIC & CT Technical Support, and within this role he makes a significant contribution to FLEETWATCH®.

Robert started his career in the early eighties on a manpower services scheme as a craft technician within the secondary school he had attended, this scheme lasted 9 months. After this Robert was able to secure an apprenticeship at Charles H Roe’s coachbuilders (part of the British Leyland Group) and was offered the choice of 5 apprenticeships within the business, and he decided to pursue the Coach painting option. He was within this role for a year before moving on to work at Leyland Truck Garage, where he began his spraying career with 1 pack poly single layer metallic hot spray. After three years he was asked to return to Charles Roe’s under the new name of Optare. Optare was where Robert spent 28 years of his working life and he worked his way up from a painter to a senior supervisor, before deciding to leave for new challenges.

In May 2015 Robert joined PPG as a member of the LIC Technical Support team. Since 2015 his job has changed slightly and now also involves commercial transport. Within his current role Robert supports sales with technical expertise, carries out product installs and training, organises colour camera installs and training, solves product or application problems, attends vehicle inspections and helps with painter training. Robert’s role varies on a daily basis and he is often faced with new challenges.

Robert commented: “It’s taken me a while to get used to the constantly changing scenery after 30 years of factory work, but I am now loving the different challenges each day brings. Being part of the PPG Fleetwatch team allows me to see the bigger picture and gives me the satisfaction of knowing that the work I do today in this garage, can benefit someone else, somewhere else in a different garage.”